If you're after a full mind / body transformation, look no further than in:spa. 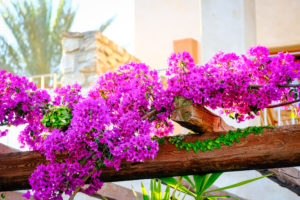 Could a health and fitness retreat help with depression? Several scientific studies suggest that it could. Anecdotal evidence at in:spa supports the idea. Many of our guests report that they not only feel fitter, healthier, slimmer and more relaxed – they also say they feel happier about their lives in general.

A journalist from Elle magazine, for example, who spent a week on an in:spa retreat used this phrase at the end of her article:

“I realise I’ve never felt healthier and, strangely, rarely so happy… I decide in:spa is genius.”

Several of the ingredients of an in:spa retreat have been found to address symptoms of depression. Many studies have shown that exercise is effective in dealing with depression. The NHS says: “Exercise can help people recover from depression and prevent them from becoming depressed in the first place.”

It quotes Dr Alan Cohen, a GP with a special interest in mental health, who says people suffering from depression feel their lives are out of control: “Exercise gives them back control of their bodies and this is often the first step to feeling in control of other events.” He says regular exercise including fitness classes or team sports are especially helpful against mild depression.

A study in 2010 by scientists at the Boston University School of Medicine found that yoga can also combat depression. They discovered that people who do three yoga sessions every week had higher levels of the amino acid GABA than people who do a similarly strenuous exercise such as walking. GABA is vital to the function of the brain and nervous system, promoting calm in the body. Low levels are associated with depression and other anxiety disorders.

Some clients on our retreats find they have new reserves of energy, and this pulls them out of depression. Our detox diet means no wheat – which can make some people feel sluggish and permanently tired.

The Institute for Optimum Nutrition also points to a connection between diet and depression. Patrick Holford, director of its Mental Health Projectm says: “Correcting underlying nutritional deficiencies can alleviate depression, reduce the side effects of medication and improve response to psychotherapy.” He argues that nutrients can be as effective as drugs at alleviating biochemical imbalances in the brain.

Many people find the locations of our health and fitness retreats inspiring. We use stylish, comfortable venues in idyllic peaceful settings, including a boutique hotel in Marrakech, a family-owned chateau in Southern France, an estate in Tuscany and a boutique agritourismo in Ibiza